The Road To Resilient Web Design 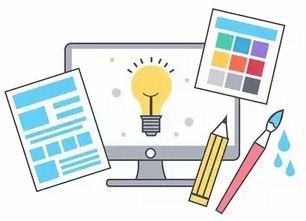 In the world of web design, we tend to become preoccupied with the here and now. In “Resilient Web Design”, Jeremy Keith emphasizes the importance of learning from the past in order to better prepare ourselves for the future. So, perhaps we should stop and think more beyond our present moment? The following is an excerpt from Jeremy’s web book._ Design adds clarity. Using colour, typography, hierarchy, contrast, and all the other tools at their disposal, designers can take an unordered jumble of information and turn it into something that’s easy to use and pleasurable to behold. Like life itself, design can win a small victory against the entropy of the universe, creating pockets of order from the raw materials of chaos. The Book of Kells is a beautifully illustrated manuscript created over 1200 years ago. It’s tempting to call it a work of art, but it is a work of design. The purpose of the book is to communicate a message; the gospels of the Christian religion. Through the use of illustration and calligraphy, that message is conveyed in an inviting context, making it pleasing to behold.

Prints And The Revolution

Materials and processes have changed and evolved over the past millennium or so. Gutenberg’s invention of movable type was a revolution in production. Whereas it would have taken just as long to create a second copy of the Book of Kells as it took to create the first, multiple copies of the Gutenberg bible could be produced with much less labour. Even so, many of the design patterns such as drop caps and columns were carried over from illuminated manuscripts. The fundamental design process remained the same: knowing the width and height of the page, designers created a pleasing arrangement of elements.

Taking Your Talent To The Web

When the web began to conquer the world in the 1990s, designers started migrating from paper to pixels. David Siegel’s Creating Killer Websites came along at just the right time. Its clever  and GIFhacks allowed designers to replicate the same kind of layouts that they had previously created for the printed page.

Those layouts later became CSS layouts, but the fundamental thinking remained the same: the browser window — like the page before it — was treated as a known constraint upon which designers imposed order.

There’s a problem with this approach. Whereas a piece of paper or vellum has a fixed ratio, a browser window could be any size. There’s no way for a web designer to know in advance what size any particular person’s browser window will be.

Designers had grown accustomed to knowing the dimensions of the rectangles they were designing within. The web removed that constraint.

If It Ain’t Fixed, Don’t Break It

There’s nothing quite as frightening as the unknown. These words of former US Secretary of Defense Donald Rumsfeld should be truly terrifying (although the general consensus at the time was that they sounded like nonsense):

The ratio of the browser window is just one example of a known unknown on the web. The simplest way to deal with this situation is to use flexible units for layout: percentages rather than pixels. Instead, designers chose to pretend that the browser dimensions were a known known. They created fixed‐width layouts for one specific window size.

Dao Or Dao Not

Web design can benefit from the centuries of learning that have informed print design. Massimo Vignelli, whose work epitomises the Swiss Style, begins his famous Canon with a list of The Intangibles including discipline, appropriateness, timelessness, responsibility, and more. Everything in that list can be applied to designing for the web. Vignelli’s Canon also includes a list of The Tangibles. That list begins with paper sizes.

The web is not print. The known constraints of paper — its width and height — simply don’t exist.

It’s a poor craftsperson who always blames their tools. And yet every craftsperson is influenced by their choice of tools. As Marshall McLuhan’s colleague John Culkin put it, “we shape our tools and thereafter our tools shape us.”

When the discipline of web design was emerging, there was no software created specifically for visualising layouts on the web. Instead designers co‐opted existing tools.

Adobe Photoshop was originally intended for image manipulation; touching up photos, applying filters, compositing layers, and so on. By the mid nineties it had become an indispensable tool for graphic designers. When those same designers began designing for the web, they continued using the software they were already familiar with.

By the middle of the first decade of the twenty‐first century, the field of web design was propped up by multiple assumptions:

Keyword Research: The Heart of SEO

With many businesses moving online in ...

Effects of Social Media on our Everyday Life!

With the rise of social media ...